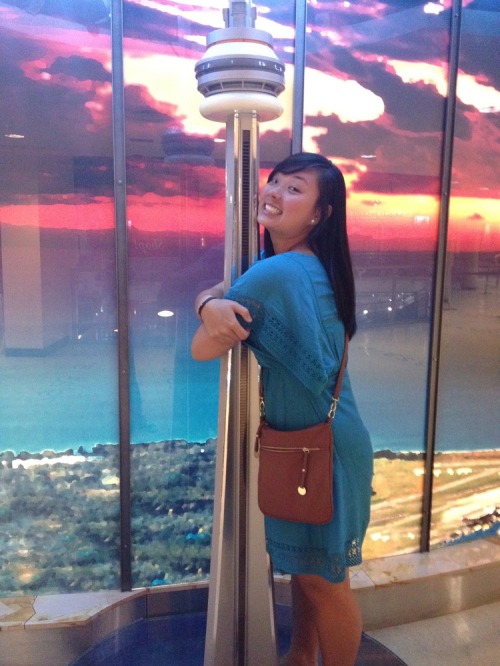 The CN Tower is the world’s largest tower and while apparently most of Toronto lined up to see it right before we did. 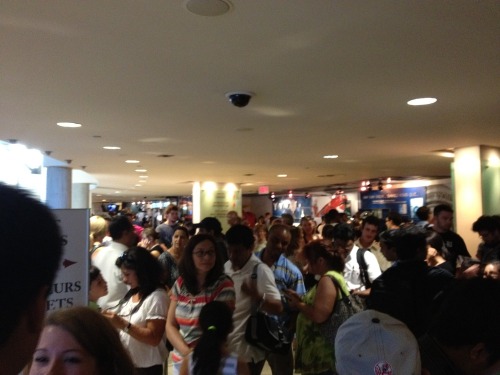 Evelyn was not impressed.

It took over two hours to make it to the elevator, but once we did it was totally worth it.

The tower is 1,815 ft high at it’s tallest point and is defined as one of the Seven Wonders of the Modern World. We made a beeline straight to the Horizons restaurant having worked up an appetite during the excructiatingly long wait. Thankfully, we had no problem getting a table and a Canadian adult beverage. 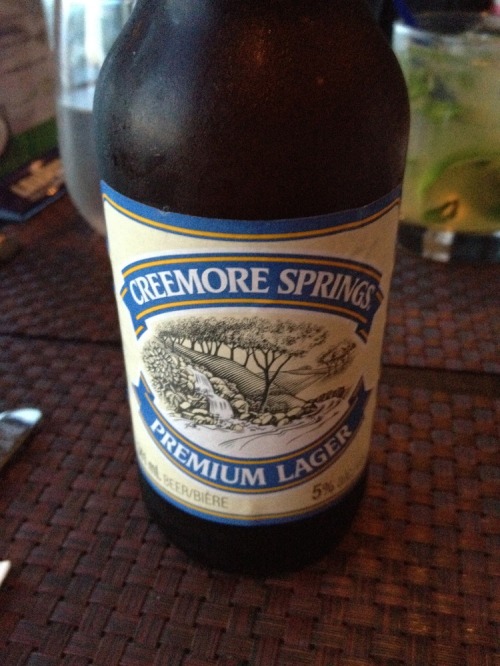 The table we we at faced east and we had a lovely view of the city. Below us, several high rises were under construction and the crains looked like tiny erector sets.

As we waited for dinner the sun set and the city began to light up.

The food was nearly as good as the view.

By the time we finished it was nearly dark and the moon was starting to rise.

After dinner we strolled around the look out level. The look out level is 113 building stories or 1,136 feet high (that’s 346 meters for my metric friends). We stood on the glass floor, though there wasn’t much of it and it was very crowded.

We did not attempt to scale the perimeter.

We spent some time with the local wildlife on our way out. 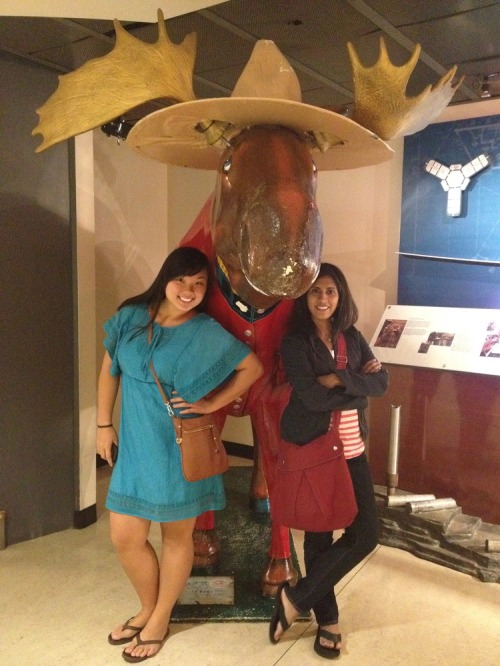 The CN Tower deserves it’s title as one of the Seven Wonders of the Modern World. Go see for yourself!

I'm a family engagement expert who travels for work and for pleasure. In fact, I’m half hippy, half clown, latte sipping, brunch munching, MINI driving, rabid social media enthusiast.
View all posts by isherri →
This entry was posted in Uncategorized. Bookmark the permalink.