Consider yourself fortunate if your job involves improving the lives others AND the opportunity to visit exotic new locations you probably wouldn’t otherwise get a chance to see… And so off we went to the NY State PTA Convention!

My friends (and co-workers) Sharlene and Ethan and I boarded an early flight from DCA to Albany. Thankfully, Sharlene’s roommate Sarah is a graduate of the local University (Skidmore) and thoughtfully prepared an Official Unofficial Guide to Saratoga Springs that helped us identify the venues we really needed to see between meetings! 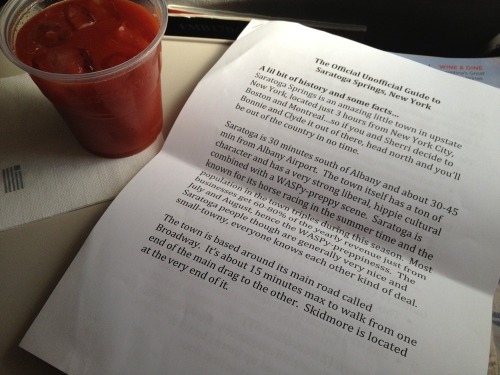 Saratoga Springs is famous for it’s horse racing, and Sarah tells us the population triples during horse racing season each summer. 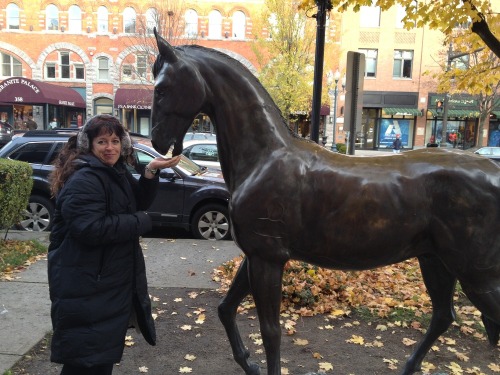 On our way to the Convention, we stopped for a quick lunch at the Local Teahouse and Tavern. The teas were delightful. I had tea sandwiches and soup, which was even better than the tea. Ethan had his first encounter with Bangers and Mash and Sharlene opted for the Banger Butty (google it!) 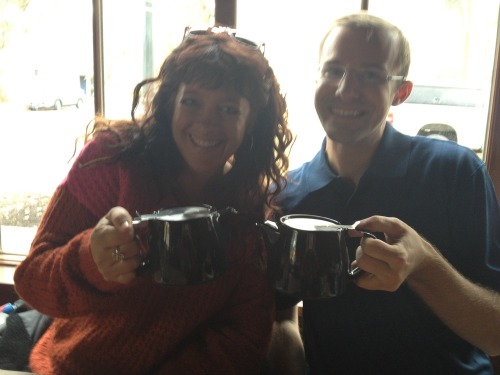 Afterwards, we stopped by Sarah’s Alma Mater to shoot a quick photo. 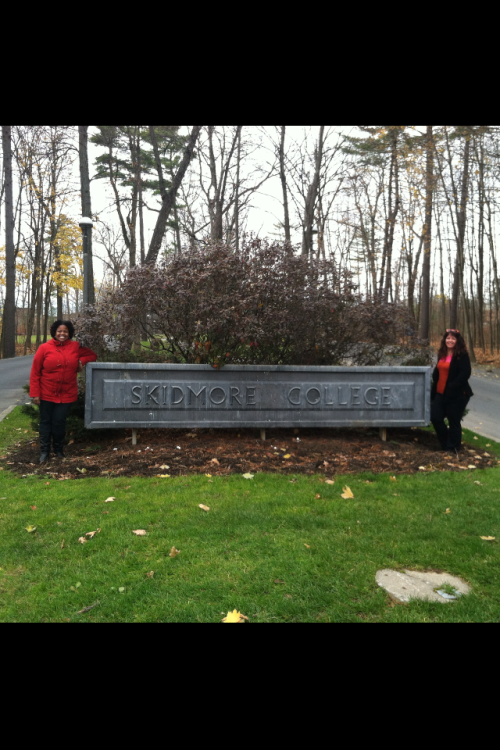 Walking to the hotel we visited a couple of shops and stumbled across Compton’s, which we were told opens at 4:30 am and should NOT be visited sober…

And the Putnam Market was right next door, so we popped inside to shop for souveniers to take back to the office. That’s where we met William.

William is from London, which coincidently is where I am headed next week! William was dismayed by my plans to drive from Heathrow Airport to York and said “Well, that sounds bloody awful doesn’t it” (which with his fantastic accent sounded much nicer!) He talked me into rerouting through Oxford instead, which wasn’t hard to do once he made the Harry Potter connection.

Sharlene, Ethan, and I continued our trek through town, and totally hit the urban areas before heading back to the hotel to start conventioning…
(Stay tuned for part two!)