After landing in Luxembourg, I caught a train to Brussels. I upgraded to first class but as soon as I boarded I realized it was clearly a commuter train and there was no difference between the cars except the one I was in was basically empty. I wedged my bags up against the window and settled in. It was a three-hour ride from Luxembourg to the Central Station in Brussels. Thanks to T Mobile, I was in constant contact with my sister while she was at her hair salon and I was riding the rails.

All alone in the first class car…

I tried to stay awake and broke out my journal to pass the time. I was worried about missing the stop for the central station since all the announcements were in French. I tried really, really hard to stay awake but eventually the gentle motion of the train got to be too much for me and I passed out. 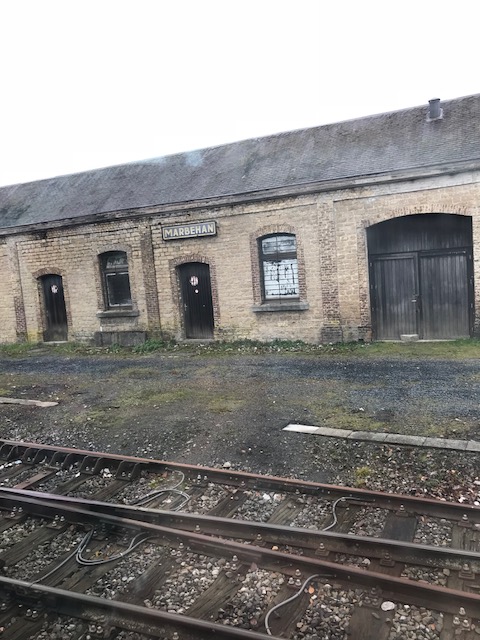 I woke up occasionally and saw random stations like this…

I was sleeping hard and suddenly realized the train had stopped moving. I looked out the window at what appeared to be a major train station and I heard the announcer speaking a lot of French. I knew just enough French to recognize the words “central station” in the middle of her announcement. I thought, “Oh shit, this must be it!” I grabbed my coat, my suitcase, and my overnight bag and ran to the door. I stuck my head out to make sure it was the right station, but there weren’t any signs. I could see the conductor on the other end of the platform start to get back on board and I didn’t want to miss my stop so I chucked the heavy bag off the train, grabbed my overnighter and my coat and jumped off right before the doors shut. The temperature had climbed to about 1 so I put on my coat and hat and looked around. The station was entirely deserted. No sign of life. At that point a text from Cyndi arrived. 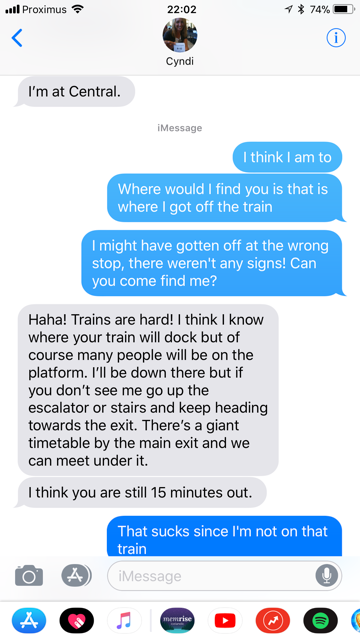 Turns out I was nowhere near Central Station.

After I explained to her I was in a different station which had no signs but appeared to be very fancy, she figured out I was at the EU. She sent me a screenshot of her route to the station and it said she should arrive at 2:39. I assumed she was driving so at 2:35 I went out to stand on the curb so she wouldn’t have to park. Turns out I was all wrong about that as well. She had taken the metro to meet me. I waited outside for about 10 minutes and there was no sign of her so I went back into the empty station. 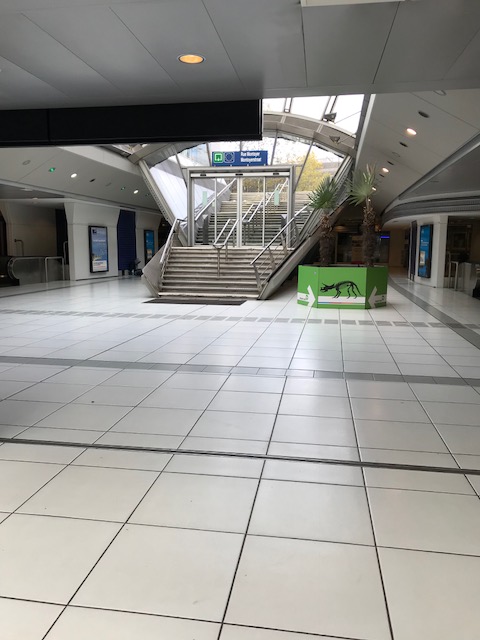 No people, no signs, no idea where I was…

Cyndi texted me that she had arrived but I still didn’t see any sign of her. She told me she was at the entrance to the station. That’s where I thought I was. She asked me what street I was on though really if there had been any fucking signs at that station I’d have been at the right one! Finally I saw her walking around a corner. I almost wept. I said, “Where is the car? I’m freezing!” She said, “I didn’t drive. I thought you were coming into Central Station and it is just a couple of metro stops from my house. We only need to walk the quarter-mile to the Metro station here because this is the only train station in the city that doesn’t have a Metro station attached.”

When we finally got to Cyndi’s house, Gil was waiting for us. They gave me a quick tour, showered me with gifts, and fixed me a snack. We had just enough time to get pretty before they took me to the Marine Corps Ball. 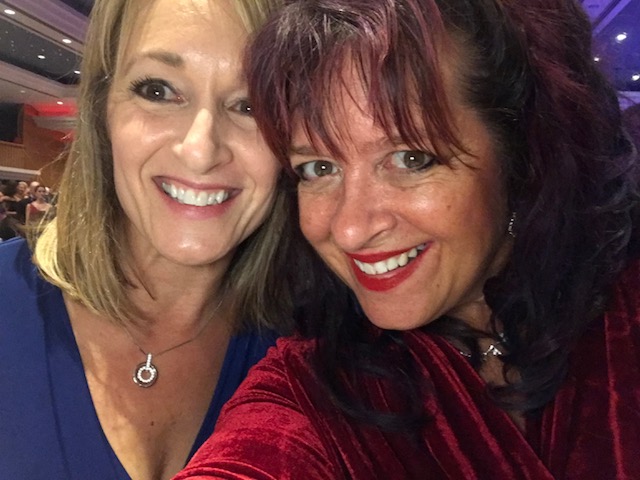 Cyndi thought we had a Dynasty vibe going on.

Several of Gil’s co-workers were seated at our table. There was a couple from Hungary, a couple from Poland, and a woman from Italy with her Danish boyfriend. The program was great. Of course my favorite part was when they sliced the cake with the sword. 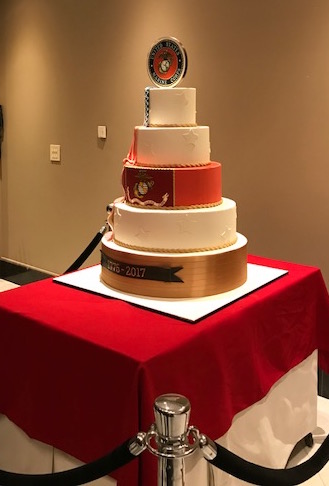 We drank wine. A lot of wine. 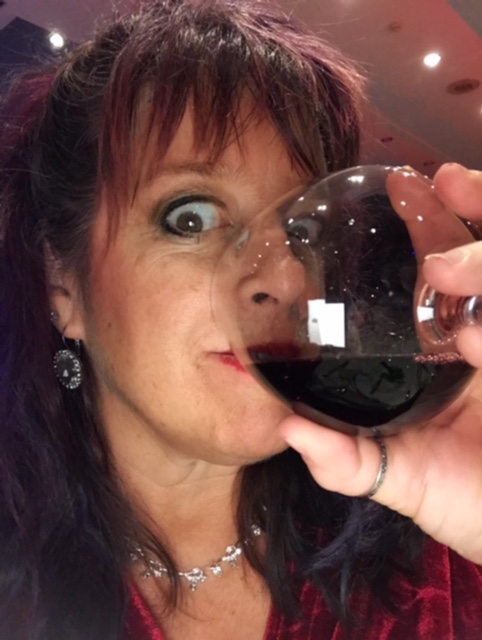 Dinner was great, and that’s not the wine talking…

And then they brought out the pièce de la résistance,,, 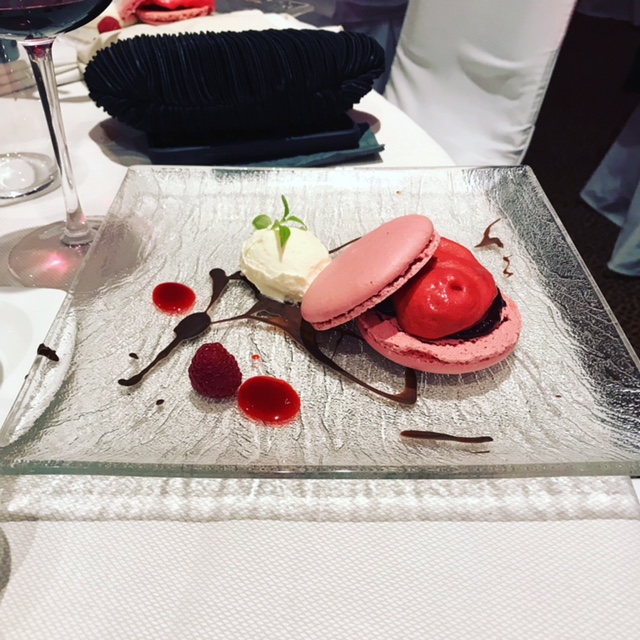 Macaroons as big as your head.