There Are No Strangers Here…

Hello friends! My trip around Ireland has nearly come full circle, but I managed to squeeze in a bit more adventure first!

I decided to take a scenic route to Belfast and drove up through Sligo towards Ballyshannon. That route took me past Drumcliffe, the burial site of Yeats. 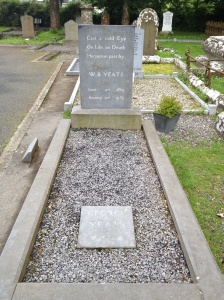 The church sits right up against the road and surrounded by a cemetery with some very old graves so of course I stopped.

St Colmcille founded a monastery there but the road crosses the original site. The only existing remains are the Round Tower, built between 900 and 1200…

And the cross, erected in the 11th Century.

There is also a nice tribute to Yeats. 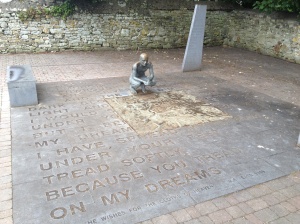 Back on the road, I drove towards Moneymore, Northern Ireland. A land that uses MPH so those of us in rental cars that only display KM and forgot to change currency will be doubly confused!

So as I’m driving along, humming my favorite Tossers songs (no auxiliary port, see previous posts!) and zipping through roundabouts suddenly the cars in front of me came to a screeching halt. I was all, “oh look, a parade!” Sitting on the side of the road in my Ka and waving as they walked by… 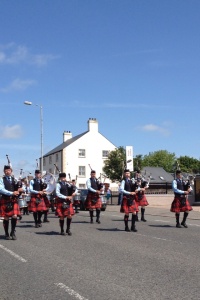 Until I realized that the only people in it were men. They all had pins that said LOL but they did not look happy. At all. In fact, a lot of them were glaring at me as they went by. I stopped waving and smiling when it suddenly occurred to me these were the Orangemen and they were not having a parade so much as marching. And I was sitting there in a car with Irish tags. This is probably what the boys from Galway were talking about.

After they passed I continued on to Moneymore, the home of Springhill House. 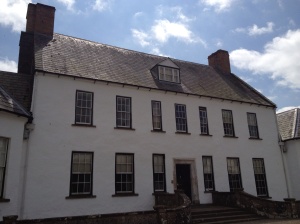 I found it and then discovered that they don’t take Euros, so I had to backtrack and find a bank first. When I finally got in, I discovered there was a guided tour but I was the only person who was attending. A private tour, yay!

My guide, William, knew a lot about the house. We walked through 6 rooms and it took about an hour. What was most interesting about the Springhill House was that the family who built it were from that plantation period and everyone seemed to think that was just swell.

The house was owned by the Lenox-Conyngham family and 10 generations had lived there. They originally lucked into the land because they were cronies of Cromwell. The house was actually built as a result of a prenup. One of the first Conynghams wanted to marry a girl from a neighboring town but her father wouldn’t agree unless he built a “2 story house with the proper outbuildings”. What a sweet dad!

Part of the tour included a visit to the haunted room. William demonstrated the pose we might catch the ghost in, the same pose she struck when she discovered her husband’s body after he shot himself, although he admitted he hadn’t seen her yet. Still the room was about 2 or 3 degrees colder than the rest of the court. That is in Celsius, folks, it’s a lot. Creepy! 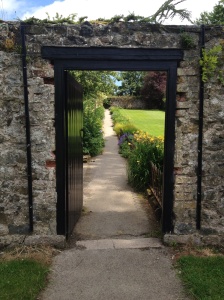 Afterwards I visited the costume collection. That was the entire reason I made the stop, to be honest. Sadly, the only costumes they had on display were Titanic wear. And there wasn’t much of that. 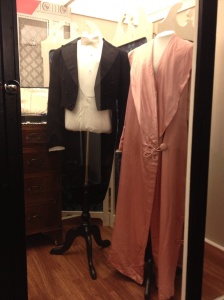 Apparently the entire country has gone Titanic crazy, which seemed like a good time for me to head over to…

Titanic Belfast! This is a new, state of the art museum that takes visitors through the boom town of Belfast at the time the Titanic was constructed until the discovery of its wreckage. The museum is ginormous and truly interactive and state of the art. I totally recommend. 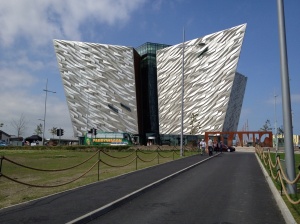 My favorite part was the ride through the shipyards. Mostly because it was a mile walk from the Hilton just to get there so it was nice to sit! There is also a sort of IMAX viewing of the wreckage that was pretty cool and involved sitting also. 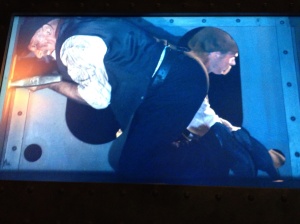 By the time I returned to the Hilton I was tired and decided to enjoy the executive lounge, post this blog and call it a night. Tomorrow I return my rental car. I’ve actually grown kind of attached to it and I will miss the constant adrenaline rush of driving in Ireland. I’ll have to make up for the loss with a distillery tour! Wish you we here!